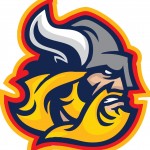 The South Burnett Thrashers will be looking to bring home their first victory of the season when they head off to Goondiwindi on Saturday, April 14.

The boys put on a strong display in the opening game for 2012 on Saturday at TJ O’Neill Oval in Kingaroy although they eventually went down to Dalby 38-29.

They slipped behind on the scoreboard early but battled back to equal the scores after half-time.  Each side then scored again before Dalby appeared to get an upper hand.

However the Thrashers held on gamely and there were just four points in it with almost 10 minutes left to go.

A late try by Dalby sealed the Thrashers’ fate but it was still an exciting start to the season for the club.

There will be no Downs Rugby fixtures played over the Easter long weekend with all clubs having a bye.