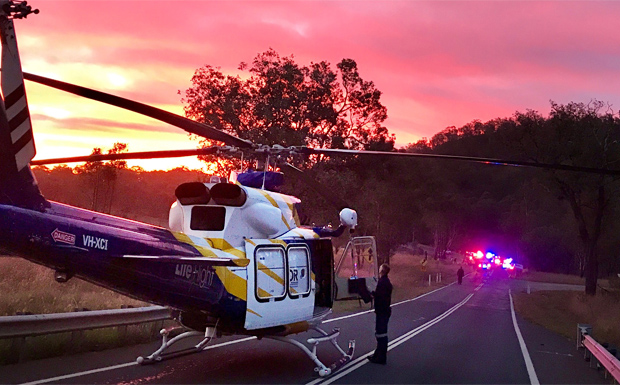 The New England Highway was blocked while emergency services attended the crash scene in May
(Photo: RACQ LifeFlight)

A 67-year-old Maryborough man has been charged following the death of a young woman in a single-vehicle crash on the New England Highway near Emu Creek in May.

Michael Glass has been charged with driving without due care and attention causing death.

Brianna Rapley, 20, from Maryborough, died when a Mitsubishi Pajero travelling south left the highway and rolled several times about 4:00pm on May 31.

The case was mentioned in Toowoomba Magistrates Court on Tuesday and Glass was remanded on bail.