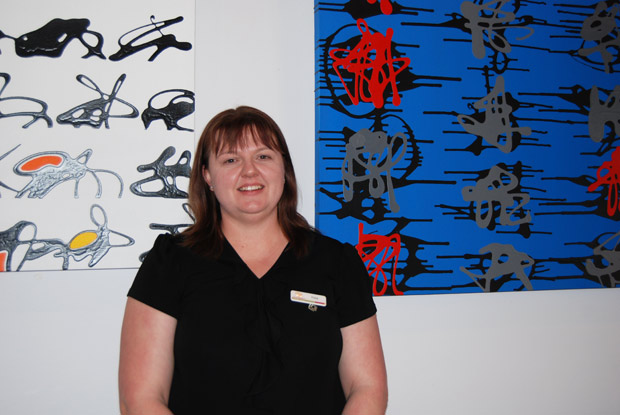 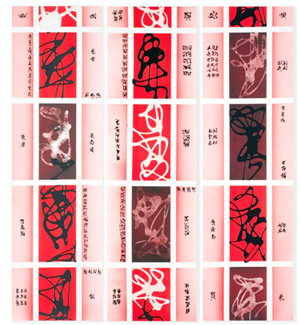 Not only did Harriet’s work impress the judges so much that she won first prize, she was also invited back to hold a full exhibition of her work at the Kingaroy Art Gallery.

The exhibition, entitled “Then and Now, The 2 Sides Of Harriet Posner”, opened on August 2 and will run at the gallery until September 2.

Harriet describes herself as “mid-career”.

She grew up in New Zealand and trained at The University of Auckland.

She has held solo shows in Brisbane and Newcastle, and taken part in group exhibitions in Queensland, NSW and Victoria.

Harriet said her paintings were in her own “personal language”, inspired from ancient Asian scripts.

She intends the viewer to “read” them, and ponder the meaning of the various marks. 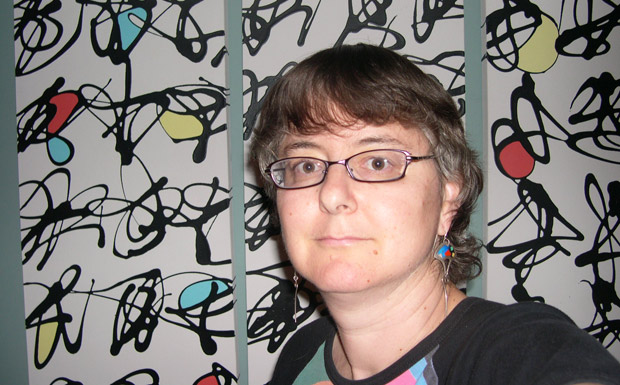 Harriet Posner ... has developed her own language on canvas