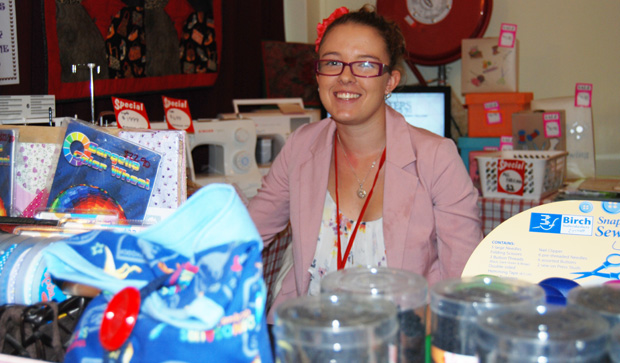 Christine Seath from Milly's House of Craft ... one of the many retail exhibitors at the South Burnett Exposed Expo 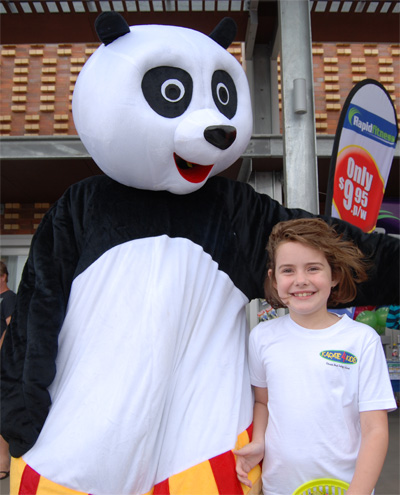 Jordyn Douglass, 8, of Kingaroy, was helping to promote Karate4Kids with a kung fu look-alike

South Burnett businesses were “exposed” to the public on Saturday and Sunday in Kingaroy at the second annual business expo organised by the South Burnett Regional Council.

The free expo was held in conjunction with a trade and home show in Kingaroy Town Hall where visitors could do everything from try out a new mattress to arrange the installation of solar power.

Tourism businesses were also represented as were health and lifestyle choices promoted by organisations such as RHealth.

Artist Karol Oakley added a touch of colour to the Glendon Street forecourt with a display of her pastel landscapes.

There were also a series of free workshops and talks held in the adjacent Council Chambers and in the recently re-opened Kingaroy Library. 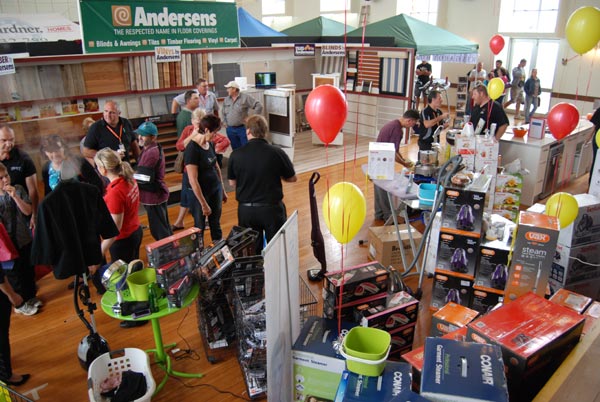 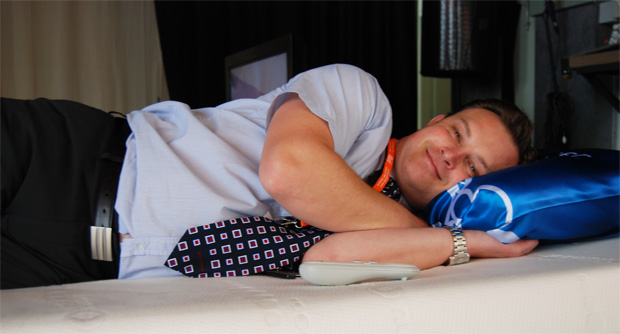 Damian Corkett, from Harvey Norman, wasn't sleeping on the job ... he was simply demonstrating the benefits of a new range of mattresses