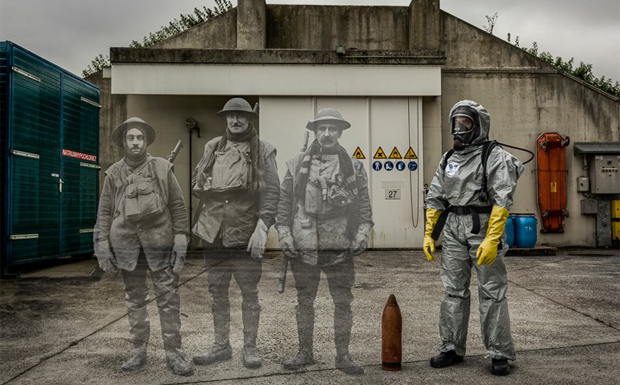 An international photographic exhibition documenting the consequences of The Great War will be officially opened in Kingaroy on Thursday, November 7

A photographic exhibition showing Australian Diggers who served on the Western Front more than 100 years ago will be officially opened in Kingaroy this week.

London-based photographer Ian Alderman said that for the population of West Flanders in Belgium, the Great War was still a daily fact of life.

“Despite the terrifying battles that were fought there over a century ago, the lethal legacy of unexploded ammunition is an ever-present problem,” Mr Alderman said.

“It comes to a head in the twice yearly ‘Iron Harvest’ when farmers plough their fields.

“On average, 180 tonnes of unexploded ammunition is recovered and destroyed by the authorities.”

Ian is the only artist to have been given full access to the dangerous work and facilities of DOVO-SEDEE, the Belgium armed forces bomb disposal team responsible for clearing the ordnance.

In 25 thought-provoking images, he has documented this team’s work, montaging into his photographs symbolic images of the Australian Diggers who served on the Western Front.

The exhibition is touring Australia after having previously been exhibited at the Palais Des Nations in Geneva, Switzerland and the In Flanders Fields Museum in Ypres, Belgium.

Ian said it took him six years to produce the exhibition and bring it to Australia.

“I’ve created it with our younger generations in mind so that we may never forget how truly devastating the physical and psychological consequences of war are.”

Recovering The Past is on display at Kingaroy Regional Art Gallery in Haly Street, Kingaroy from Monday, November 3, until Saturday, November 30 from 10:00am to 4:00pm weekdays, and 9:00am to 1:00pm on weekends.

The exhibition will be officially opened at 6:00pm on Thursday, November 7, ahead of this year’s Remembrance Day commemorations on November 11, and is free to view. 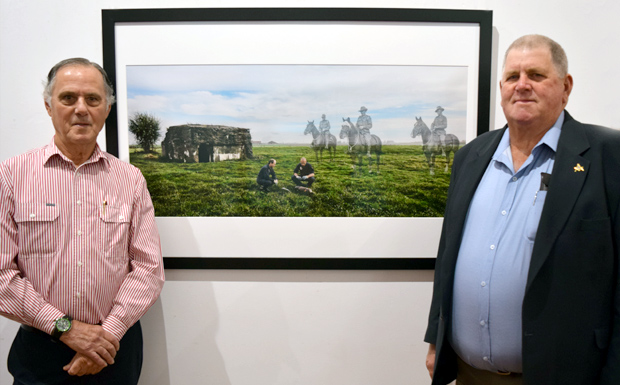 Kingaroy RSL were a major sponsor of the exhibition, and were represented by committee member Barry Krosch and president Ray Olsson at the official opening 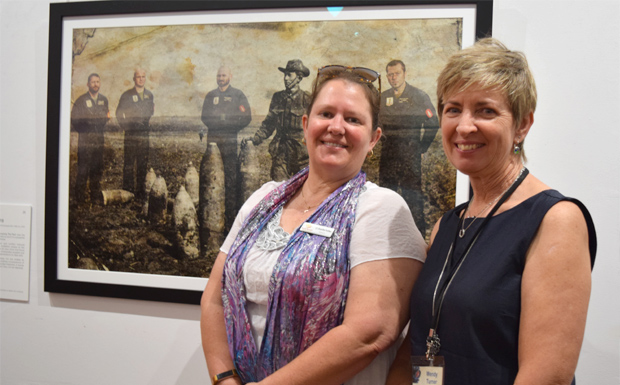