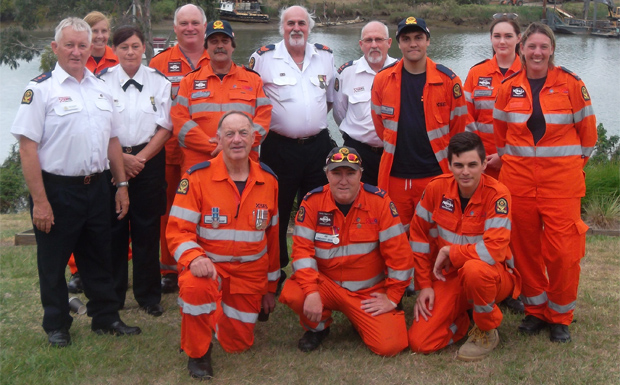 Kingaroy and Nanango SES members in Maryborough at the weekend (Photo: Kingaroy SES)

State Emergency Service volunteers from the North Coast Region were recognised at a special SES Week award ceremony on Saturday.

Fourteen volunteers from both Nanango and Kingaroy travelled to Maryborough for the event.

Emergency Services Minister Jo-Ann Miller said the SES Week awards provided an opportunity for the community to recognise the outstanding achievements of SES volunteers within the region, and to reflect on the integral role of the SES in our community.

“SES Week is a national celebration to acknowledge the dedication and commitment of the remarkable people that make up this vital service, and this year marks the 40th anniversary of the establishment of the SES in Queensland,” she said.

“It is thanks to the hard work and outstanding efforts of volunteers who give up their time that the SES is so dependable and valuable in times of need.”

The North Coast Region Unit of the Year and the Operational Response of the Year awards were presented to the North Burnett SES.

One Response to SES Volunteers Recognised At Ceremony