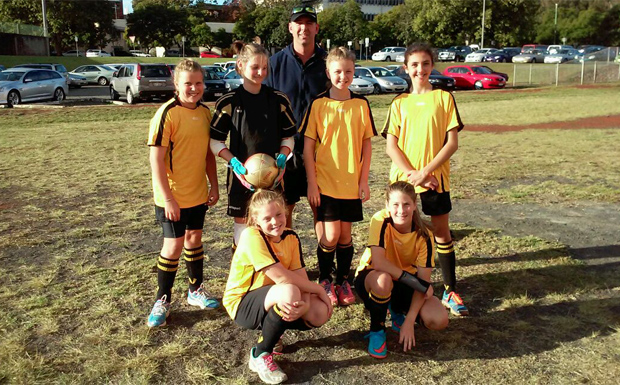 The girls' Under 13 futsal team came second and has now been invited to compete at the Champion of Champions competition in Brisbane (Photo: St John's Lutheran School)

Their results at this competition were very pleasing and the students are already looking forward to the next competition.

Last Tuesday, two Under 12 boy teams travelled with Senior PE Co-ordinator Graeme Moseling to compete for the first time. Some students have played futsal at a local level and this interest was harnessed under Mr Moseling’s leadership.

“I noticed an interest from the boys and after some initial training sessions thought it would be a great experience for the teams to participate at a bigger competition against schools they normally wouldn’t get to come up against,” he said.

“We also opened up the options to also include a girls’ Under 13 team who competed on Wednesday.

“It is a huge commitment from students and parents as they committed to the extra training during their lunch times and also after school over the last five weeks.”

The students’ dedication and efforts were rewarded by the great results they achieved.

The two Under 12 boys teams came 3rd and 4th and the girls Under 13 team came second behind Ipswich High School.

The girls’ team has now been invited to play in the Champion of Champions competition in Brisbane next term. This will be against the two top teams from Fraser Coast, Sunshine Coast, Gold Coast, South West and Brisbane.

The chance to play against larger schools such as Glennie, Downlands, Dalby, Concordia, Harristown, St Mary’s and Toowoomba Grammar – to name a few – was a memorable experience for the St John’s students.

The Year 6 and secondary students who made up the teams, enjoyed the experience of competing at a wider level.

“Thanks to Mrs Tracey Clegg, President of the Kingaroy Futsal Association, for her added assistance and advice at the training sessions in helping to prepare the teams for the competition. The students really appreciated having someone who gave up their own time to guide them,” Mr Moseling said.

The St John’s school community is looking forward to following the Under 13 girl’s team at the next level of competition for the Champion of Champions in Brisbane. 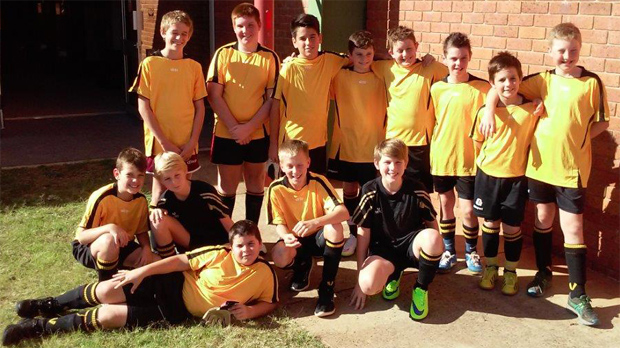