Celebration Of The Old And The New 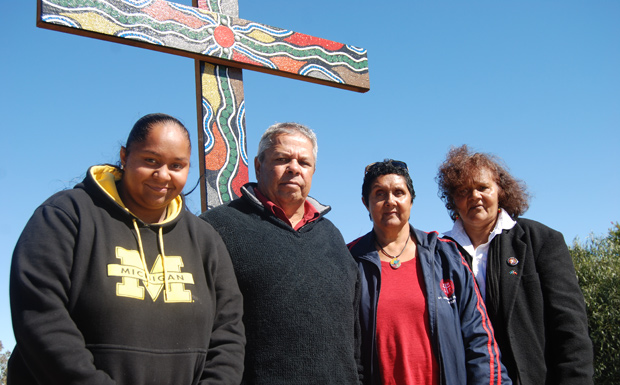 Students at the host school were joined by Year 8 pupils from Nanango, Murgon and Kingaroy State high schools for the day of activities, which was sponsored by the Aboriginal Community Interest Consultative Committee (ACICC).

There was information on the Torres Strait Islands, the history of Cherbourg, Dreaming stories, didgeridoo music, painting, traditional dancing, boomerang and spear-throwing lessons and a traditional-inspired morning tea, including damper with bunya nut chutney, emu mince balls and kangaroo pies.

Chef Sheroll Richard, whose husband Mark is a teacher at St Mary’s, also prepared a traditional Fijian dish which is cooked underground, palusami, made from cabbage, silverbeet, tomato, onion and coconut milk.

(The kup-murri team should be congratulated for their efforts … they started digging their cooking hole at 4:00am in the morning, when the temperature in Kingaroy was minus 4.1 degrees C!)

A ring has also been incorporated which will be decorated later this year with a Bunya Dreaming painting. 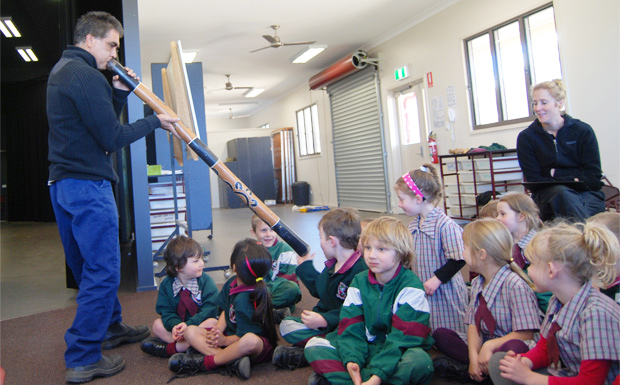 Eric Ellis, from Ngutana-Lui in Brisbane, had the students enthralled with his didgeridoo 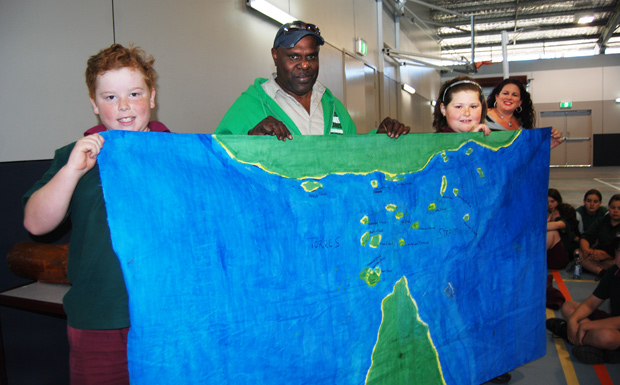