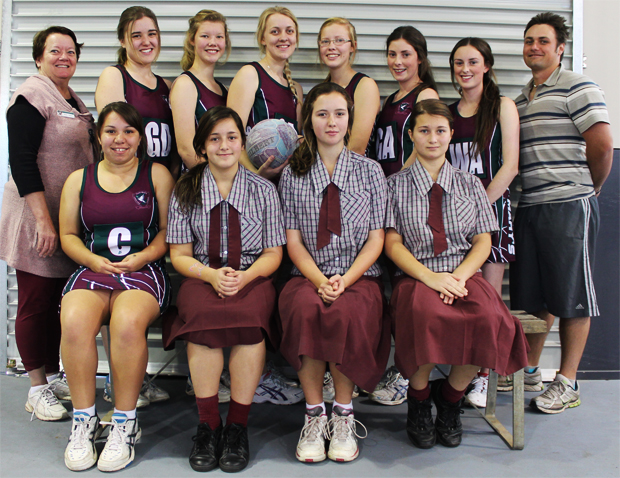 The carnival’s popularity is such that the number of participating teams is now capped at 48.

The 2012 QISSN Carnival will be held in Caloundra and is hosted by Chisholm Catholic College, Cornubia.

The St Mary’s team have been training for the QISSN competition under their coach Racheal Stenning since the start of the year.

Throughout the year, the players and parents have held many fundraising events, supported by local South Burnett businesses, to raise the money needed to compete in this competition.

The team was presented with their jerseys and travelling kits at a special College assembly this week.

College Sports Co-ordinator Mark Holmes said he was sure the girls’ training, team spirit and hard work would see them perform well against against the many larger schools.